Zayn Malik isn’t one to mince words. He seldom gives interviews, rarely talks about his personal life; but when he does, he makes sure to get the message across.

A British-Pakistani – hailing from a Muslim family, with father Jawad Malik and Irish mother Trisha, who later converted to Islam – Zayn’s religious beliefs have been quite obvious.

However, in a recent interview to the British Vogue, the Pillowtalk crooner has revealed that he wouldn’t call himself a practicing Muslim.

“To be honest, I’ve never spoken publicly about what my religious beliefs are. I’m not professed to be a Muslim,” he told in a lengthy interview. Would he consider himself to be a Muslim?

“No, I wouldn’t,” he says thoughtfully.

“I believe whatever people’s religious beliefs are is between them and whoever or whatever they’re practising. For me, I have a spiritual belief of there is a god. Do I believe there’s a hell? No,” he added.

“I just want to keep it between me and whatever I believe. I feel like that makes me move through life in a nice way. If I behave well, I will get treated well. That’s it,” the 25-year-old went on.

It wasn’t that hard for him to drop his religion, though, he said. 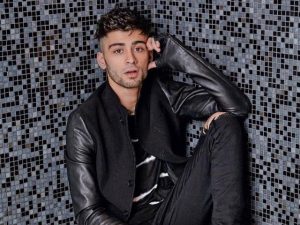 “With my mum and dad, they were always there to educate us – I did go to mosque, I did study Islam – but they gave us the option so you could choose for yourself.” But he’s glad of his childhood years at the mosque. “There’s definitely beautiful parts to every religion,” he commented, however, that he is pleased to have built his life around the tenets of Islam.

Other than discussing his faith, Zayn also said he’s very expressive. “I am soft,” he told the publication. “I always felt that made a stronger man. My dad has always been very supportive in that manner, too. He’s a huge guy, he works out a lot, but he’s always like, ‘You’ve got to express your emotions. There’s no point in keeping shit to yourself.’ People used to not talk about emotion because they felt a sense of shame, but I feel a sense of progression with it.”

Maybe that’s why he had a hard time fitting into the ruthless life of paparazzi. Sadly, in all the years he spent as One Direction’s front man, Zayn didn’t really make any friends.

“I have always been a bit like that, though – always a bit of an island. I don’t like to confer with too many people.” And that’s why since he left the band to commence his solo career, the Dusk Till Dawn singer hasn’t really stayed in touch with the rest of the boys.

He wasn’t all that fond of this ‘celebrity’ life anyway. Zayn revealed his life with the band brought nothing to him. Even if he’s performing (which he had severe problems with) to 80,000 screaming teenagers, he’d feel nothing. There was always a kind of profound numbness.

“There wasn’t really much there any more in terms of feeling on stage, even with the other lads. All that was missed out on, the actual feeling,” he repeated.

And he doesn’t believe in therapies.

“No therapy. Maybe some long chats with the parents. I’m not into the whole idea of therapy. I understand there’s a benefit to it, but for me personally I don’t feel like I needed it,” he said carefully.