Selena Gomez entered a treatment facility at the beginning of October after she suffered an “emotional breakdown” following multiple hospitalisations due to issues related to Lupus and her kidney transplant last year.

But now, a month after the 26-year-old singer sought professional help, insiders claim she has now left rehab and is “doing much better”.

One source told us: “Selena is out of her treatment program in NYC and is doing much better. [She is] refreshed and is in a better head space, [but she] will still be checking in with professionals as her health battle is ongoing.”

The insiders also say the ‘Wolves’ singer “wants to lay low for a while and isn’t ready to go full force into working yet.” 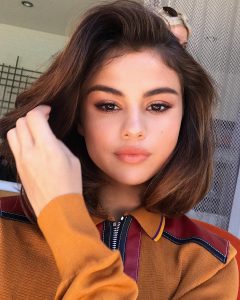 In a lengthy Instagram Live video, she said: “I think before I turned 26 there was like this weird time in my life [where] I think I was kind of on auto pilot for about five years. Kinda just going through the motions and figuring out who I am and just doing the best I could and then slowly but surely doing that.”

“As much as I am grateful for the voice that social media gives each offs, I am equally grateful to be able to step back and live my life present to the moment I have been given.

SEE ALSO: Demi Lovato Looks Happy and Healthy During Yet Another Post-Rehab Outing