Lil Xan opened up about his struggles with addiction Tuesday in the wake of Mac Miller and Lil Peep’s deaths and the overdose that nearly killed pop star Demi Lovato.

Lil Xan, the 22-year-old up-and-coming rapper whose real name is Diego Leanos, said in an interview with TMZ that Miller’s death really affected him. Miller died from a mix of fentanyl, cocaine and ethanol in September, the coroner’s office said Monday. He was found dead inside his California home.

“There’s been so many great people,” he told the gossip website. “In particular, Mac hurt the most. It definitely changed my everything, you know what I mean.” 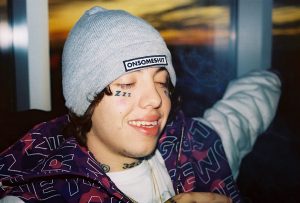 He said in the interview he wasn’t 100 percent clean yet and was working to get himself off Xanax among others drugs. He said he wasn’t in rehab currently, but detached himself from the world while he works on a new album – in which he said would be dedicated to Miller.

“As far as my sobriety goes right now, there was a long period of time where I was clean but I relapsed,” Lil Xan said.

“And that’s common. I think that’s where people relate. Any other addict would understand that that s— just happens. You just relapse. You don’t want to,” the rapper added. “Then you get clean again, it’s like a process. You need treatment and help and sometimes that doesn’t even help. It has to come from within, that’s what I’ve learned.”

The Redlands, Calif., native recently canceled several tour dates while he fights with addiction, according to TMZ.