EXCLUSIVE: Despite the efforts of former host Ellen DeGeneres, Kevin Hart will not reemerge as host of the 91st Academy Awards, multiple sources are telling Deadline. While this situation is still fluid and he could possibly change his mind, this looks like his final answer, I’m told.

The Academy will continue on its course toward an Oscarcast without a single host, and instead will enlist some of the biggest names in the games to present awards. Hart’s appearance on Ellen to promote his upcoming film The Upside rekindled hope when DeGeneres — whom sources said turned down the job awhile ago — urged Hart to host and made calls to the Academy.

Hart was moved by DeGeneres’ gesture and indeed reconsidered, and he has apologized so often that the Academy would have been receptive to his return, I’m told. Ultimately, Hart felt his hosting would become a distraction, a continuing controversial narrative that would take the spotlight off the people and movies being honored. He also grew concerned at the limited amount of time he would have had to prepare. Both are legitimate concerns. After the ensuing parade of blowhard polemic articles following Hart’s Ellen appearance, who can blame him? 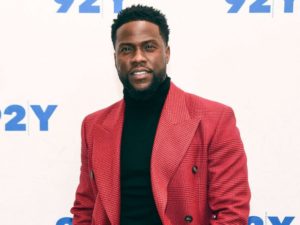 After Deadline revealed in early December that the Oscar host would be Hart, the standup comedian turned actor withdrew two days later when decade old offensive homophobic tweets resurfaced. At the time, the Academy sought a public apology, but Hart initially was defiant, saying he had apologized in the past and he was being targeted by online trolls who dredged up the tweets. But Hart didn’t really freshen his apology until after he announced he had withdrawn from the job. That put the Oscars in the unenviable position that it is in now. The Academy still hasn’t announced its plans, deep into Golden Globes weekend, with ABC promos bypassing the hosting situation. But I’m told the Academy has been quietly lining up stars to help out and will continue on that route.

Perhaps Hart could be one of them and maybe he could do something with DeGeneres. The aftermath of the Ellen show brought about an array of trade stories critical of DeGeneres and Hart, the latter of whom is still upset by what he believes are online trolls trying to damage his career. Others claimed that DeGeneres didn’t distinguish herself as a gay woman, and still others called for Hart to go further and become a voice for the LGBTQ movement.

It has become a referendum on Hart, who merely wanted to serve as an emcee for an awards show telecast, a job that was already considered a thankless task. His decade old, hurtful tweets aside — Hart has pretty much been a model citizen as a movie star. He has become one of a handful of reliably bankable movie stars, through a combination of talent and a willingness to relentlessly promote his films. His vast social media following has been a tool in his promotional arsenal, but it certainly backfired here.
When the Hart controversy first kicked up, Deadline noted how the Academy, before announcing it would give Jerry Lewis its humanitarian Oscar award, asked him to apologize and own up to past homophobic rantings. The Academy didn’t vet his social media beforehand, as it most certainly will in the future.

SEE ALSO: These Pics Will Have You Convinced That Halsey’s Fully Dating Yungblud