Kendall Jenner has another scary stalker, and it’s gotta be enraging to her because security at her multi-million dollar exclusive gated community left a gaping hole for the guy to enter. 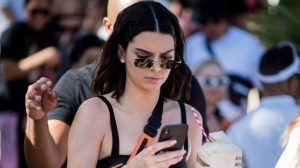 Ford pled guilty to trespass and the judge ordered him to stay 1,000 feet from the gated community. Turns out, he didn’t follow the order.

We’re told shockingly … last week Ford entered the community — not through the front gate, but by scaling the mountainside in the back of the complex, where there is apparently no security.

We’re told Kendall’s security spotted him sitting in her backyard by her pool. By the time cops came, he had skedaddled.

Fast forward to Tuesday, when Ford allegedly came back and scaled the same unsecured mountainside, and ended up sitting on Kendall’s front porch. Security spotted him again, called the cops and this time they nabbed him.

Ford, a Canadian citizen, is now being held on a 5150 psychiatric hold. LAPD’s Threat Management Unit is on the case, and we’re told Kendall’s lawyer, Shawn Holley, will also get a civil protective order. He’s also been charged with criminal trespass and violating a protective order.

As for the gated community — the place where Kendall dropped $8.5 mil last year for a secure home — someone’s gotta build a wall, right?