Bebe Rexha is most certainly not in the mood to deal with random f*ckboys as she enters 2019. The singer put an unnamed football player on blast in her Instagram Stories, writing “Do you ever have that one guy that always comes in and out of your life. And they are cheaters and waste your time.” 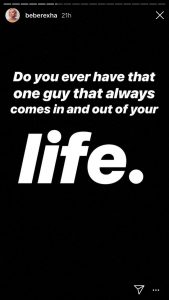 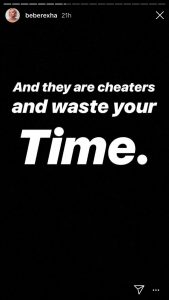 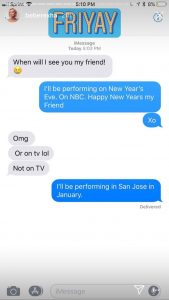 “You’re married and have three kids,” Bebe continued. “Be a good role model and play your sports and leave me the fuck alone. Don’t be texting me ‘hey friend’ especially if you’re a married man. That shit don’t fly with me. Go back to playing football. If only you guys knew.” 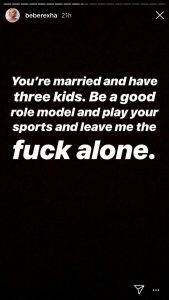 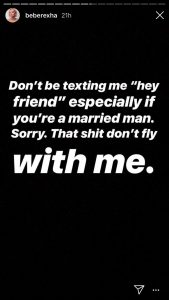 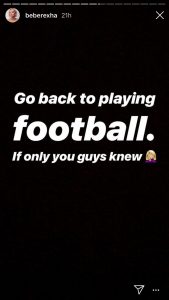