Having received a kidney transplant while simultaneously staying at the top of the charts, singer Selena Gomez has had a grueling couple of years. Now, TMZ reports, the singer has reportedly entered a mental-health facility after having an “emotional breakdown” related to her ongoing health problems.

The first emergency, the site claims, occurred in late September, when a “despondent and emotional” Gomez was admitted to L.A.’s Cedars-Sinai after experiencing an “alarmingly low white blood cell count.” She was released after several days, only to be hospitalized again last week, distraught over the same issue. Frustrated by the setbacks, the singer reportedly attempted to leave the hospital before being discharged, allegedly “ripping the IV’s [sic] out of her arm.” Subsequently, Gomez was reportedly admitted to a psychiatric facility somewhere on the East Coast. 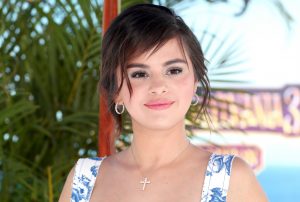 Having previously revealed her lupus diagnosis, the singer received a kidney transplant from friend and Grown-ish actress Francia Raisa last summer. Gomez first discussed the transplant publicly last fall, revealing that an issue with an artery had complicated her surgery. According to Raisa, the pair both experienced depression during their recovery from the transplant. Gomez had previously been admitted to a psychiatric facility in 2016, having experienced “depression, anxiety and panic” as a side effect of her lupus.

Read this: ‘Venom’ and ‘A Star Is Born’ Hit Huge in Weekend Box Office