Lovato, 26, put her 5,546 square-foot, four bedroom, five bathroom Hollywood Hills mansion on the market for $9.49 million in September following her July 24 overdose. The Disney alum, who was found unconscious in her L.A. home, was hospitalized for nearly two weeks before she checked into rehab. A source told Us last month that Lovato is “doing much better.”

“She’s repositioning herself again and getting her life back on track and retraining herself on the 12 steps to recovery,” the source explained. “She is doing much better and eventually she will come back to L.A.” 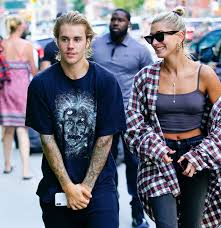 Bieber and Baldwin, meanwhile, secretly tied the knot in September at a New York City courthouse. After traveling to Canada and London, the newlyweds were spotted together in L.A. earlier this month. An eyewitness told Us exclusively that the pair packed on the PDA at breakfast at Joan’s on Third on October 4.

The model, 21, wiped the singer’s mouth as he “reached over and gave her a bite” of a breakfast sandwich, per the eyewitness, who noted they also enjoyed pancakes, a breakfast burrito and iced coffees.
It hasn’t been all smooth sailing since the duo returned to the West Coast, however. Bieber, 24, was spotted looking visibly emotional in a car with Baldwin on October 11, the same day news broke that his ex Selena Gomez was seeking mental health treatment following a panic attack. 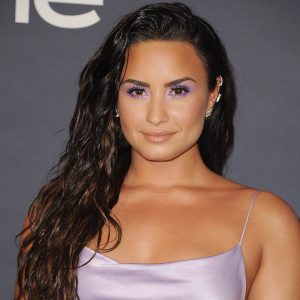 “He has so much going for him but he doesn’t feel whole,” an insider close to Bieber told Us. “Justin has become a recluse and a changed person. He has no interest in being a celebrity and an artist. He has withdrawn again, much like he did a couple years ago. He started recording music, but just stopped.”

A second source added: “Justin still loves Selena a lot, but as a friend and is praying for her.”