Actor Alec Baldwin was arrested and charged with assault and harassment Friday following a dispute over a parking spot, according to New York police.
NYPD Lieutenant John Grimpel told CNN the incident occurred on 10th Street in Manhattan.
A 49-year-old man sustained an injury to the left jaw after being punched and was taken to a local area hospital to be treated, police said. He’s in stable condition, police added.

Baldwin was charged with assault and harassment and given a desk appearance ticket, the NYPD said.
A representative for Baldwin had no comment. However, a series of tweets on the Hilaria and Alec Baldwin Foundation account that appear to be from the actor denied the allegations. 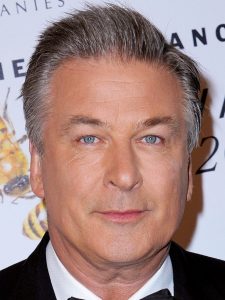 “Normally, I would not comment on something as egregiously misstated as today’s story. However, the assertion that I punched anyone over a parking spot is false. I wanted to go on the record stating as much,” the tweets read. “I realize that it has become a sport to tag people w as many negative charges and defaming allegations as possible for the purposes of clickbait entertainment.

As he was heading to a campaign event on Friday, President Trump was asked about Baldwin’s arrest. In response, Trump shrugged his shoulders and said, “I wish him luck.”
Baldwin will appear in court at a later date, according to the NYPD.